Around The Granite Belt

A white cottage-like pavilion, nestled in a rocky park, provides visitors with a chance to take in the panorama of Stanthorpe and remember the legacy left by men from this area in WWI.

Slatted bench seating inside provides a place to ponder the impact a war on the other side of the world had on this farming community.

Five WWI honour boards record the names in alphabetical order, without rank or honour, all are revered equally. Another is reserved for those who died, raised letters stating: 'To the memory of our gallant boys who fell in the world's war 1914-1919'. Further honour boards have been added, remembering later conflicts.

Warwick architects Dornbusch and Connolly designed the rest house which was built by local contractors NJ Thompson and Sons. 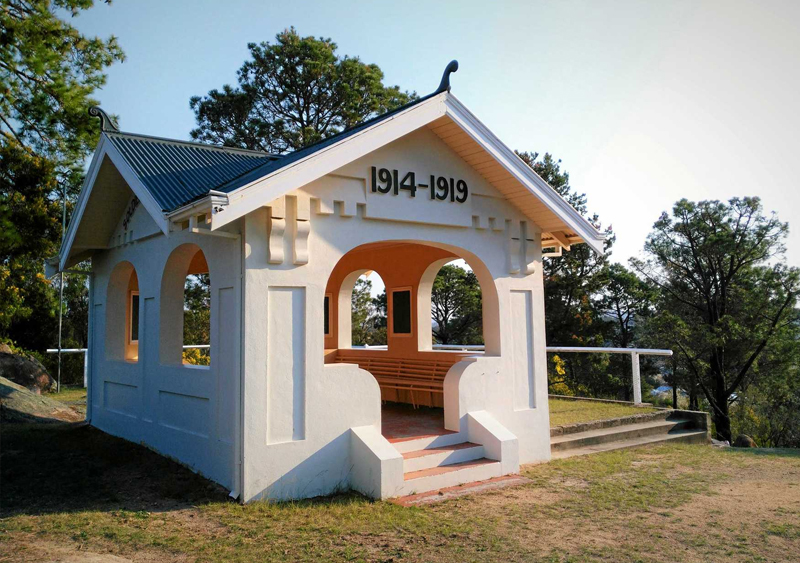